Migration of Syro-Malabar faithful to Melbourne began in the late sixties. Even though they were few in number, they kept in touch with each other along with other Kerala Christians during the seventies and eighties. The first Syro-Malabar Qurbana was celebrated at the St. Paschals Chapel, Box Hill in the mid-eighties by Fr. Jacob Kavungal, SVD who is a seminary professor in Melbourne. The early nineties saw a few more families migrating to Melbourne, but the flow slowly started its momentum by the late nineties. The few families who assisted in the socio-spiritual growth of the Syro-Malabar Community, in the early years are: Thomas John, Paul Kaithavelil, Thomas Mathew, Jose Pius, and Joy Abraham.

A one-day Prayer service arranged by the visiting Vincentian Potta team in October 1998 gave momentum and enthused Malayalee Catholics to gather for celebrating Qurbana in Malayalam. Fr. Francis Adapoor O’Carm arrived in Melbourne in 1999 for his higher studies, and under his leadership, the Malayalee Catholic Society of Victoria was formed in year 2000 to organize monthly Holy Qurbana at Box Hill. The first committee of the Society decided to make a request for a permanent chaplain for the Community.

Fr. John Aravankara was appointed as part-time chaplain to Syro-Malabar Catholics by the Syro-Malabar Bishops synod. The appointment and arrival of Fr. John in December 2001, was a major step towards the growth of the Community.

The appointment of Fr. John as chaplain to the Syro-Malabar Catholics of Melbourne paved the way towards a Syro-Malabar ecclesial structure and formation of community committees. Mar Gregory Karotemprel CMI, then Chairman, Commission for Evangelisation and Pastoral Care of Migrants  in consultation with the Melbourne Archbishop Denis J Hart, an ecclesial structure for the Syro-Malabar Community in Melbourne was envisaged. On the 15th of August 2004 an adhoc committee was elected to help the implementation of the structure. Fr. John inaugurated the community structure on the 7th of November 2004 with the newly formed community council.

The growth of the Syro-Malabar Community under the above structure was greatly evident in the years that followed especially in the increase in the number of Qurbana centres, frequency of Qurbana and the number of faithful attending.  Melbourne saw a steady migration of Syro-Malabar faithful from all parts of the world in the beginning of the new millennium and it was intensified during the past 14 years mainly due to the large number of Nurses’ & skilled Professionals migrating to Australia.

In 2008 February Fr. Vincent Madathiparambil CMI arrived and began to stay with Fr. John at Oak Park. He was appointed part-time Chaplain to Syro-Malabar Catholics on 27 September, 2008 with residence at the St Francis Xavier’s Parish in Frankston (SOUTH EAST).  Gradually Holy Qurbana was commenced at twelve different centres occasionally with the help of Syro-Malabar Priests serving in the Latin Parishes of the Archdiocese of Melbourne. The Syro-Malabar faithful in Melbourne are very much indebted to the services of the Syro-Malabar Priests in the past, especially Fr Joseph Vallikattu MST, Fr Johny Kariathil MST, Fr Viju Muringassery MST, Fr Thomas Kannany MST, Fr Joy Panjikaran MST, Fr James OCD, Fr Stephen Kandarappilly, Fr Joseph Pothenparampil MST and others

Fr. Peter Kavumpuram MST arrived Melbourne on February 3, 2011. He started staying with Fr. John Oravankara at Oak Park and later on 25th May 2011 a residence for the Chaplain was purchased at 201 Lady Nelson Way, Taylors Lakes.

It was blessed by Mar Bosco Puthur who was visiting Melbourne. Mar Bosco Puthur also presided over the Parish Feast celebrations in 2011. After eleven years of service to Melbourne Archdiocese and Syro-Malabar Community, Fr. John returned to Kerala in December 2012.

Year 2012 was a specially blessed year with the pastoral visit of the Major Archbishop His Eminence George Cardinal Alencherry. More than 1500 families cheerfully welcomed him to Melbourne on 2nd December 2012. His Beatitude celebrated solemn Qurbana at St. Patricks Cathedral. Sixty children from the Community received First Holy Communion and Confirmation.

From July 2012, with the aim of providing weekly services to the Community, the Parish was divided into three regions. This provision gave the opportunity to have weekly Catechism, and Qurbana on a regional basis, hence the number of Qurbana centres also reduced. Meanwhile, each region was also actively looking for a land to purchase so that to establish a Community Centre and Church.

The Northern and Western Region jointly purchased the property at 30 Parkland Crescent, Mickleham measuring 15 acres with a residential building. It was blessed by Mar Jacob Manathodath on 5th October, 2013.

Land of 11,038 sqm was purchased on 3 April 2018 for building the Cathedral was purchased at 53 McKellar Way Epping at a price of $2.1 million and the permit (use and development of a place of worship and caretaker’s residence) from the City Council of Whittlesea was obtained on 23 November 2018. Property at 30 Parkland Crescent Mickleham was sold at 1.7 million.

Announcement of the Eparchy

On 11th January 2014, His Holiness Pope Francis announced the establishment of the Eparchy of St Thomas the Apostle of Melbourne of the Syro-Malabar in Australia and appointed
Bishop Bosco Puthur as its first Eparch. Property purchased at Mickleham is chosen as the Eparchy’s headquarters, where the Cathedral would be built. Mar Bosco appointed Fr. Francis Kolencherry as the first Protosyncellus (Vicar General) of the Eparchy. The installation of Mar Bosco and inauguration of the Eparchy was on 25th March 2014 at St. Patrick’s Cathedral by Major Archbishop Mar George Alencherry.

The pastoral and spiritual needs of the Syro-Malabar faithful of Melbourne are being met by the Chaplain Fr Francis Kolencherry with the help of other priests. Night vigil services are conducted at Oak Park on every first Friday, at Doveton on third Friday and on the second Saturday 4 hours adoration is conducted at 30 Parkland Crescent, the residence of the Chaplain. The faithful actively participate in the liturgical celebrations, vigil services and adoration. During the vigil services all make it a point to receive the sacrament of reconciliation. Priests are invited to give talks during the vigil services. Retreats are organised before Christmas and Easter. Parish day celebrations and Annual Feasts including Dukrana in each region are occasions for the people to come together, apart from the Sunday gatherings. On Good Fridays all the Syro-Malabar faithful climb the mount at Bacchus Marsh and conduct the way of the Cross.

Apart from the regular liturgical services, other activities, which need special mention, are monthly ward Prayer meetings. Ecumenical prayer services are held with other Churches who have the same Mar Thoma Sleeha patrimony. In addition, children were prepared to receive the sacraments of Holy Communion and Confirmation. 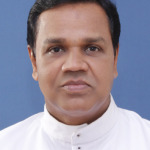 Faith formation of the children is one of the most important pastoral priorities of the Community. Every Sunday faith formation classes are conducting in Craigieburn and Reservoir. 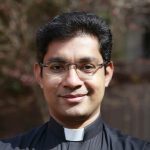 Tuesday, Thursday, Friday and Saturday : Holy Qurbana at 9.30am